The Knights of Columbus is centered on five areas of service - faith, community, family, youth and fellowship.  Father McGivney's central focus was financial security for members and their families.  Knights of Columbus Insurance is available for members and their families and is ranked in the top five percent of close to 2,000 insurance companies throughout North America.  Right Reverend Monsignor W.J. Teurlings Knights of Columbus Council 3202 was formed on December 10, 1948.  With seventy-seven founding members, the council was originally named St. Genevieve Council 3202.  The name was later changed to honor the beloved Pere Teurlings, who was instrumental in the expansion and building of Lafayette's Catholic community.  Currently, the council has 184 members, of which 30 are Honorary Life members who have been in the order for either 25 consecutive years and are 70 years old or have been in the order for 50 consecutive years.  The council's home is located just a few miles northeast of St. Genevieve Catholic Church on Pecan Orchard Road, near Northside High School.  Regular council meetings are held at 7 pm on the third Monday of every month, while there is an officers meeting at 6 pm on the first Thursday of each month.  All members are invited to attend as many meetings as they can make, where a delicious meal is served at every regular meeting.

Throughout it's nearly 60 years of existence, Council 3202 has hosted many family activities as well as numerous state events.  There have been children's Christmas parties with Santa Claus, family picnics and camp outs to honors nights and state event banquets.  Each year members assist with the parking of cars at Acadian Village's Noel Acadian Au Village', as well as handing out Tootsie Rolls while collecting money for the mentally disabled.  Msgr. Teurlings Council 3202 also provides donuts and coffee after the 8 am Mass on the second Sunday of 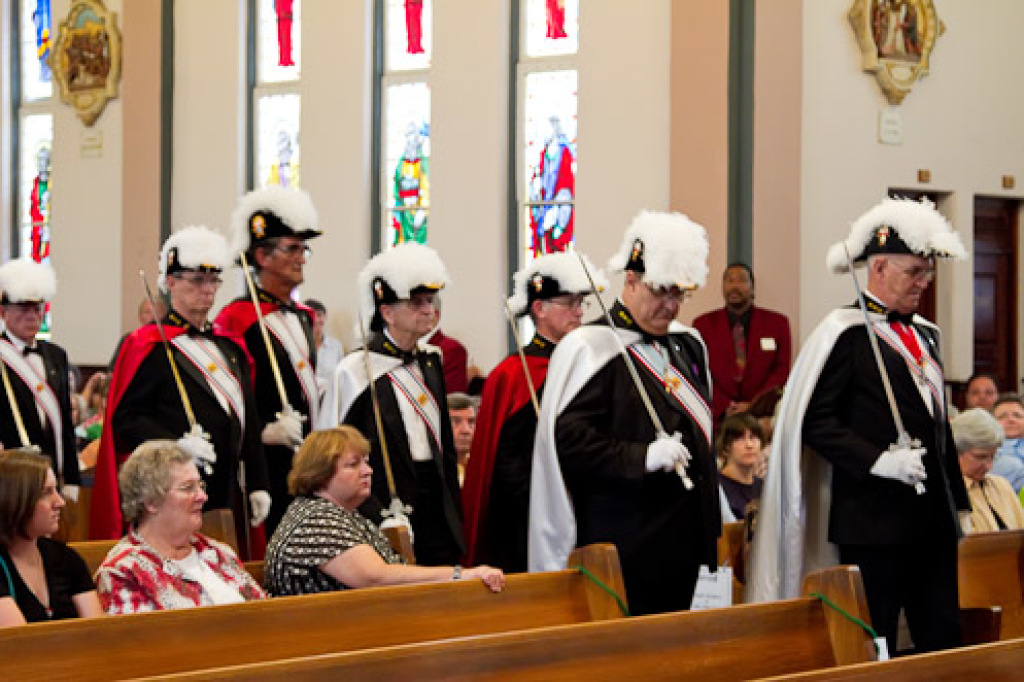 Not only does Council 3202 participate in family and community activities, but there are many sporting events in which the council has excelled in.  The softball team won the first of it's sixteen state championships in 1973 and won 13 out of 16 titles between 1987 and 2001, including nine in a row.  Three of the Council's members have garnered the state golf championship, along with numerous other first, second and third place finishes in other flights by various members.  And over the years, many of the council's members have participated in basketball, bowling and horseshoes.