On January 27, 1872, in the village of Tilburg, Holland, Cornelius Teurlings and Frances Mulders bore a son who would greatly impact the Archdiocese of New Orleans, the Diocese of Lafayette, and St. Genevieve Church. The son's name was William. The family was pious and Catholic. The children were sent to the school run by the Dominican Fathers in Nijmegen, the town to which the family moved after William's birth. At a young age, William felt himself called to serve God and entered the minor seminary. While he was still in his teens, he was sent by his bishop to study philosophy and theology at the American College in Louvain, Belgium. Catholics were among the mi­nority in Protestant Holland. As a minority group, however, their Faith was stronger, and they fostered more vo­cations than were needed for their particular Church. From among this abundance, young men were encouraged to apply for the foreign missions. William was not slow to volunteer. He chose to serve in a swampy, semi-tropical area 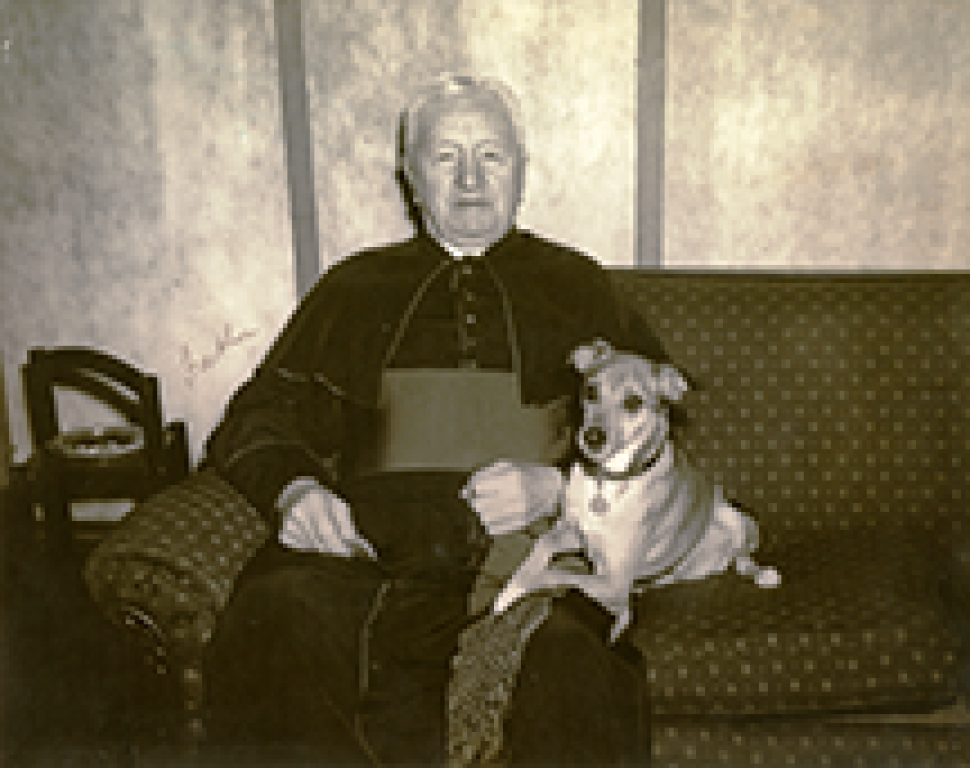 At the age of twenty-two, William Teurlings was ordained a priest by his fellow countryman, Archbishop of New Orleans Francis Janssens. He embarked on a ten day journey by boat to the port of New Orleans. It is difficult to imagine the anticipation and anxiety that Fr. Teurlings felt on this journey. However, thoughts of alligators and yellow fever could not have been very far away.

Father Teurlings was first assigned as an assist­ant pastor at St. Mary Magdalen Church in Abbeville. However, within one year, because of the shortage of priests and the great needs of the Archdiocese, Fr. Teurlings was appointed pastor over one of the largest ter­ritories in the Archdiocese, a strip of land that stretched 120 miles along the coast of the Gulf of Mexico from Cameron to Pecan Island. There were no roads in his new parish, so William had to make his way carefully along the narrow ridges between the swamps and the marshes that passed for roads. He found a small house but could neither afford nor find a cook or housekeep­er. His first challenge was his first purchase. He had to travel his territory constantly and a vehicle that could cross the muddy ponds and bogs had not yet been invented. The enter­prising young priest bought a horse. Though he had never ridden a horse before, he soon learned to ride after a few dips in the mud. He also owned a camera and a small piano. He spent three years for Christ in this largest parish of Louisiana. He later wrote his nostalgic and sometimes humorous memories of those early years in a small book that he entitled, appropriately, "Two Miles An Hour".

The Archbishop soon found need for Fr. Teurlings in another area of the Attakapas country. This was a parish on dry land that stretched for 40 miles near the banks of the Atchafalaya River. The parish house was in the village of Washington, a quaint old area of Imperial St. Landry Parish. The young curate soon established chapels in the rural areas of Grand Prairie and Whiteville. He later saw to the needs of Dossman (now St. Landry, a mission of Pine Prairie) and Melville. He was constantly on the better roads, bringing the Mass and the Sacraments to the people of the five areas. He also persuaded the Sisters of Mount Carmel to establish a Convent School in Washington.